The SHOT (Shooting, Hunting, Outdoor Trade) show was in Las Vegas again this year at the Sands convention center. OpticsPlanet brought more employees than ever with us this time. Seventeen people went, and about half of them had never been there before. It’s a real eye opener. It’s always exciting to me, still, even though I’ve been to over a dozen. This year there were over 57,000 attendees, and over 1,600 companies represented. It is the largest show of its kind in the world. For folks like me that are veterans of the show, it’s always nice to see old friends and compatriots that I may now see only once a year. Many of these gun people have been in my basement for libations and have kissed my wife and petted my dog, or vice versa. Gun people are generally in a kind of incestuous relationship with the industry. Someone may be with Glock for a few years, then the next time you see them they’re with Beretta or Taurus, then Springfield or H&K. We all seem to move laterally. 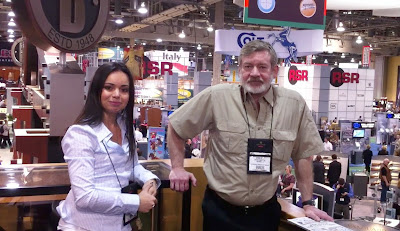 The coolest product that I saw this year for OpticsPlanet was the new VX-6 from Leupold. Finally, a 6x magnification range scope from the Beaverton company. Outstanding. Leupold also introduced the VX-R, which has a lit reticle, but the switch has been moved from the ocular bell to the left side of the turret housing. Much cleaner looking. I had a sneek peek at this one on a recent antelope hunt sponsored by them. Leupold also introduced some new trail cameras, and the HAMR, which is an acronym for “High Accuracy Midrange Reticle“. It’s a fixed 4x made for AR type platforms, and may be purchased with or without an included Deltapoint mini red dot. The reticle is lit via LED. There’s also an incredible new 1.1-8x scope called the CQBSS (Close Quarter Battle Sniper System) with an amazing 8x magnification range, and the reticle lit holographically. The Leupold trail cameras promise to be great sellers, also. 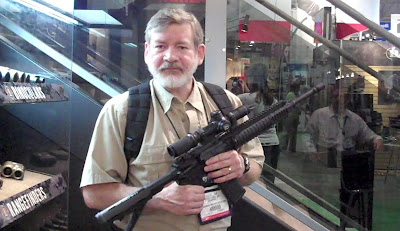 In second place for cool OpticsPlanet-type stuff is Nikon. Go to their “Spot On Technology web page and you’ll find a place to order a custom elevation turret for most of their Monarch and newly redesigned Prostaff lines. Enter your factory load number and other specifics and get a new dial in the mail. They hope to have this delivered to your door in one week for under a hundred bucks. This is a steal. 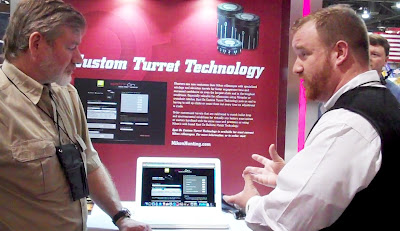 Guns are always cool, and I have to look at them not only because I love them, but because I need to check compatibility with so many of the products we sell.

The new Browning 1911-.22 was my favorite new introduction this year. Colt has one, also, but the Browningis not an Umarex-made gun, and it fits my hand like a glove. It promises to be a great one if she runs okay, although a bit pricey. They have a full size and a commander size. They are about 80% the size of a standard 1911. 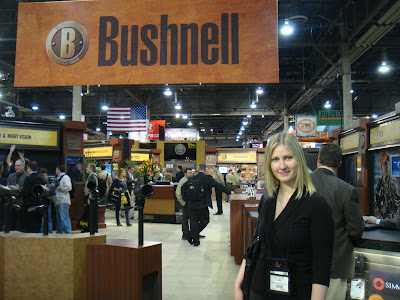 Springfield, Kimber, Remington, and others all have new versions of 1911s, and Colt has a newly roll marked 1911-2011 version. 100 years for the old warhorse. The Colt Mustang is back, too! Dan Wesson has some race guns to make anybody’s blood boil, and CZ pulled out all the stops again for competition guns. Kel-Tec’s new .22 mag rifle looks interesting, and Hi-Standard had ARs and AMTs and even a version of the old HD military pistol.

Ruger had their new 77 Scout rifle there and I fell in love with it. It’s a .308 with a 10 round detachable magazine. It has a 1913 rail on it, comes with Mini-14 type sights, and the rear sight is removable so you can still mount a standard eye relief scope on it with the included rings. I really like this gun a lot. It’s going to be a great seller.

Springfield XD(M) compact. Nice gun. I kinda hate them at the same time, though. I’ve been shooting and carrying and competing with Glocks since the late 80s, and I’m very loyal to them, but I shoot the XDs a bit better. M&Ps, also. Maybe the Gen 4 Glocks will change that, but I haven’t gotten the chance to play with them yet. 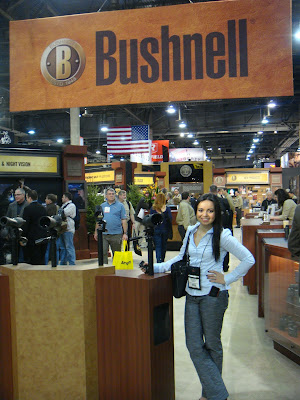 Taurus has a new 9mm carbine out. S&W has a new .410 revolver out called the Governor. I liked everything about the Rohrbaugh R9 except for the price and the reviews. There are extended mags available for the whole Saiga line, including for mine chambered in .410.

Burris introduced a new QD P.E.P.R. mount that should sell like hotcakes, and Steiner has a new line of high end tactical scopes. Swarovski has a new BRT reticle that will work well. BRT is Ballistic Ranging Tactical. Tactical was formerly a dirty word in Swarovski-speak, but they’ve come to their senses, apparently.

The finest food in the best restaurants came after the show. Sushi one night, steak another, Italian and Spanish also represented. I don’t gamble, so after dinner and drinks I went back to my room at the Paris and got ready for the next day. As I closed my eyes before sleep I had guns on one eyelid and long stockinged legs on the other. Nothing wrong with either. Plenty of both to be seen in Vegas. 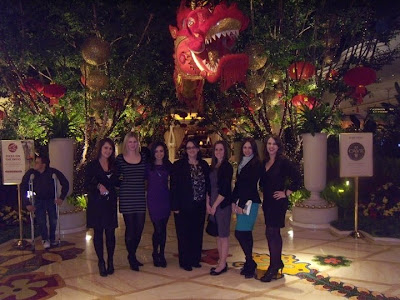 I’m looking forward to the addition of lots of new brands this year, and we get better at it all the time. We went for the company, but ultimately for you, the customer. We really try to keep abreast of the latest trends and products and try to cover all the bases to include everything in our offerings you may want (or need) to buy.

One Response to SHOT Show 2011