OpticsPlanet OPportunites With Guns and Film, Moving the Pheasant, My Dad’s Balls, and Equal Time for Guns, Girls, and Motorcycles 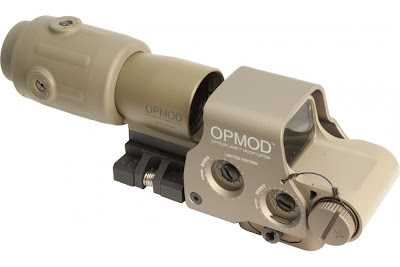 So many OPportunites here. Yesterday my team and I filmed some more videos in-house, showcasing our favorite holsters. Each of my guys chose several of their favorites and gave a quick synopsis of why they liked them. These guys have different backgrounds, and therefore, different products that fit their lifestyles best. Sgt Bending likes military products that he is familiar with. His brother Trevor is a hunter and a shooter and likes his certain genre. George is an old school police officer and swings that way. Team leader Mark has been shooting since kindergarden, is a pupil of Thunder Ranch, and practices semi-ridiculous scenarios on his 100 acre farm in Tennessee using everything the Technical Sales department at OpticsPlanet has to offer, including camo, tactical vests, footwear, communication, night vision, optics, and countless other gun accessories. Of course, I have been a severe GunBitch for pushing 50 years. Videos will be uploaded soon.

Regarding filming, our videographer extraordinaire Devin and I filmed in a “secret” off-campus location for our latest E-newsletter with the emphasis on the upcoming hunting seasons and products that I like to use. The background wall had a couple of beer signs that had to be removed because of branding issues, so I replaced them with some more dead animals. I had to “Move the Pheasant”.

The pheasant was my boy Rad’s first point. It was not his first point in the field, but instead out my bedroom window when he was just a few months old. He was sitting next to me on our bed with my arm around him curiously scrupulizing the outdoor arena he calls his own when a beautiful long tailed cock pheasant strutted by in full color. He saw him first. He stood on the bed like a statue, locked like steel, tail up, intelligent eyes focused like laser beams. I opened the window and took action, and later the bird ended up on my bedroom wall in a testament to Radical Lee von Dundee’s skillful prowess as a baby. When I needed to fill the hole for filming left by a beer sign, the flying stuffed ringneck accomplished that task with aplomb.

Rad is a German Shorthaired pointer, and he’s 15 1/2 years old, which is much older than most of his breed live. I recently had to drug him pretty hard with the help of my vet and hunting partner Chuck to surgically remove a couple of his nails that were preventing him from getting appropriate traction to enable him to get up from our slippery polished wooden floors. His age and past cancer are tolling on him, and he’s about used up, and the several pound tumor sprouting from his chest doesn’t help. My Shirley and I sure love our boy. 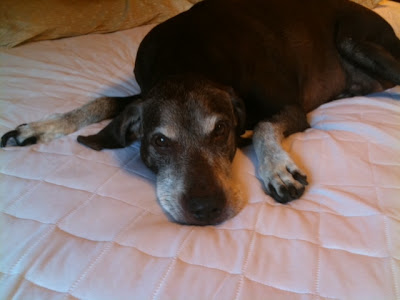 I took my Harley Sportster to work today, it was his turn. My Kawasaki KLR was looking at me longingly, but I have to share, just like you have to do with two women (back in the day) or two favorite carry guns. Women and bikes and guns need equal time so you keep familiar and intimate with them and don’t piss either one off. Don’t try to do with one what you do with the other (too hard or often). The girls were greatly different, as are the bikes, but my two favorite carry guns are Glocks of different calibers and sizes, so the controls are the same, unlike the bikes and the gals.

I almost got a moving violation for driving with no hands last week. On a motorcycle. That would be unique.

My octogenarian father lives on a golf course with his lovely wife in a nice house in Arkansas in a community saturated with a hundred other Q-tips. I call them Q-tips because that’s what the top of their heads look like over their seats when you’re driving behind them waiting to pass. He gets his exercise by walking a few holes looking for golf balls in the early morning. The other day he found 172 balls on the 14th hole, and he didn’t even finish looking. He just couldn’t carry any more. Wow. Dad is pretty anal, and that’s why my garage has every screw and tool in its own place, scrupulously organized. The apple doesn’t fall too far. He has plastic tubs filled with balls, sorted by major types and colors. He donates them to his church and other groups, as well as friends. Once he put a huge box of balls on a friend’s front porch, and when the friend picked the box up all the balls ran out. Dad had cut the bottom of the box out. HA. The apple doesn’t fall too far….

OPMOD is progressing with the promise of our own branded goods made to our own specifications. We have been sourcing directly, and our offerings will continue to grow. The top photo is of our new EOTech OPMOD MPO II.

My doctor said my blood work was bad and if I come in again in three months with the same readings I may have to start taking drugs for diabetes. Horse hockey. He suggested the South Beach Diet, which I have adhered to (almost) religiously for almost a month now. I haven’t had a piece of freaking bread or a beer since then. Rabbit food and cheap wine hangovers are not my norm. The book is great, and now I understand a lot more. I will adhere to a better diet for the rest of my life. Everything is an OPportunity. My cup surely runneth over.

My Shirley and I are so fortunate in so may ways.

After work today I have the honor of introducing a few more of the several hundred OpticsPlanet employees in the art of pistolcraft. I never start teaching by cheating with lasers, and it is imperative that the 22LR cartridge is utilized to its fullest before any thing else. Start slow and correctly. Larger and faster comes later. Boys don’t realize that guns are really heavy for a lot of girls, and weaker folks tire quickly. An hour long shooting session is plenty. Just like training a puppy. Short and fun with success keeps them wanting more and entices them to listen to instructions. Much later on you can go ballistic. 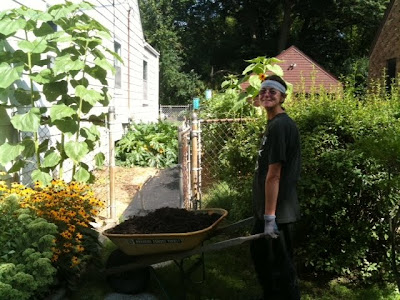 My Shirley’s garden is yielding well. Stuffed venison peppers with brown rice last week were delicious, but even though I made many, we ate them all. No frozen leftovers. The venison swiss steak from Iowa backstraps also didn’t last. Fork tender and savory.

Hope you are well and enjoying life!