>
Our pig killing guns and equipment cases are on their way to Texas. The above video was an impromptu thought before I shipped them. Our videographer extraordinaire, Devin, was on hand to film a taste of my reasonably disjointed babbling explanation of what I shipped and why. I wanted to show how the OPMOD bags are useful creatures for a variety of reasons. In this instance, I removed the foam from Storm 3300 and Pelican 1750 cases and inserted the OPMOD bags. Often, during hunts, you will need some sort of soft case while travelling by vehicle from one place to another, and the OPMOD bags fit this bill well. You have plenty of room in the bags to conveniently carry a mother lode of loot for any intended purpose. Many times you won’t know what to expect until you get to your hunting area and your guide tells you what to do. You can carry as much or as little in the bags as you like. Good gun bags, worth the money. Buy one. 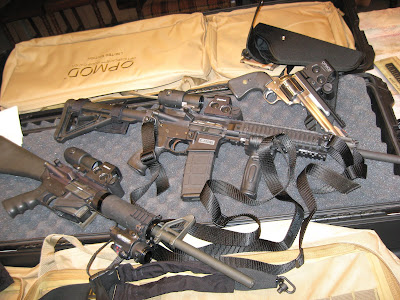 I don’t have enough of the same loads for my Casull to comfortably hunt with. I have a dozen or so of several different types of loads, from factory soft and flat points to my Africa reloads, so instead of buying more factory loads, I started prepping cases and I’ll roll a hundred of my own. I picked up some 240 grain Hornady XTP magnums. With a medium load of 35 grains of H110 I should be getting about 1700 fps, hundreds of fps more than 44 magnum loads. I’ll have plenty of cartridges for everyone to have fun with. 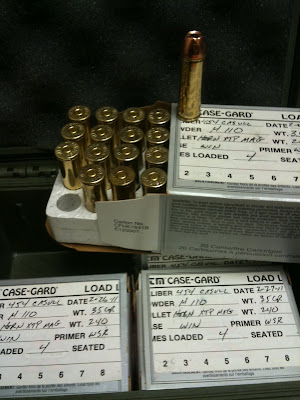 My truck, the Battlestar, is gone. The record snows last month made me want to abuse the beast in the wee small weekend hours. Nobody was on the road. As I put it into reverse, the transmission went out. Called my local repair shop and told them the title was in the glove box, come and get it. Some old dogs just need to be shot. My beer fit nicely into the nearby snowbanks while shovelling it out. My milk fit into the snowbanks the next morning while still shovelling it out. It was a good truck with lots of fishing and hunting adventures in her. 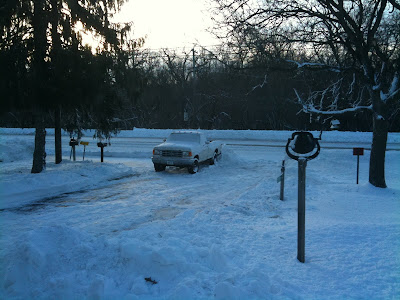 Since some readers learn from my posts, I thought I would share something with you. I love White Castle hamburgers, and the level of toxicity of the gas you pass from them is in direct relation to the grouchiness of the person taking your order. Food for thought. I’ve been making meals from them lately from one of their recipe books. Interesting and delicious.

Have a great weekend.