>Tinnitus, Preparing Myself for Shooting (PMS) with Tampons as Noise Blockers and Scent Dispensers, Strength Training for Spring, and Venison Burgers 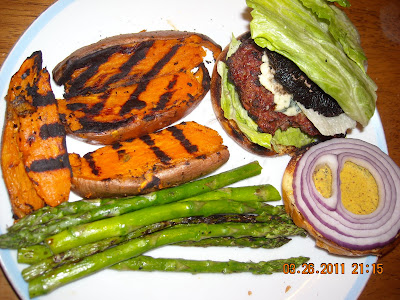 The last two shots I took in Texas with my .454 Casull destroyed a lot of my hearing. Not that I have an abundance to lose. Shooting for most of my life and many years on an aircraft carrier took a lot of it already, and I wasn’t using hearing protection at the exact time I had to shoot while on that pig hunt. My fault, of course, but even almost a month later my ears are still ringing me silly.
I often use Howard Leight disposable earplugs, and sometimes use Howard Leight Impact Sport electronic muffs, but in my past I’ve used a variety of items when earplugs or muffs were not available. Sharing a room with a couple of really bad snorers once I had to resort to toilet paper because that’s all that was around. Another time while camping I used cotton balls, and still another time on a hunt I used my favorite scent dispenser, commonly known as a tampon.
Yep, I carry tampons in my deer hunting pack. They are scent-free, absorb liquid deer attractant superbly, are biodegradable, and even come with their own string to tie on a tree limb. Dissecting one to stuff in your ears for noise reduction does not really work as well as I would’ve hoped, though. The NRR (noise reduction rating) for a tampon is less than half a good earplug, I would guess. As a side note, you always have a couple handy so you don’t have to go the the store for your wife if she runs out. Yes, my wife has asked me to loan her a tampon before.
My new workout regimen has begun. The other night I drank some bloody Marys, did a few push ups, and ate the celery. I feel ripped.
The latest White Castle recipe was calzones. They were edible. One of the best dinners last week was Jalapeno portabella blue cheese venison burgers with sweet potato fries and asparagus. Chocolate walnut zucchini bread for dessert. So good we’ll do it again this week. Spring grilling season has arrived. Enjoy.
It’s off season. Break out the airguns and keep in touch with your shooting skills.

One Response to >Tinnitus, Preparing Myself for Shooting (PMS) with Tampons as Noise Blockers and Scent Dispensers, Strength Training for Spring, and Venison Burgers