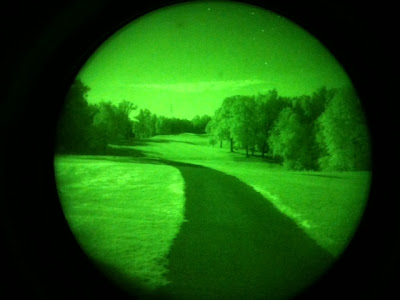 My Shirley and I had a great trip to dad’s place in Arkansas. One of the best things about the trip was that we got to talk in the car for hours, something we rarely get a chance to do. My Shirley is awesome and beautiful and a perfect traveling companion. Plus I get to sleep with her, which doesn’t happen with most of my other traveling companions. 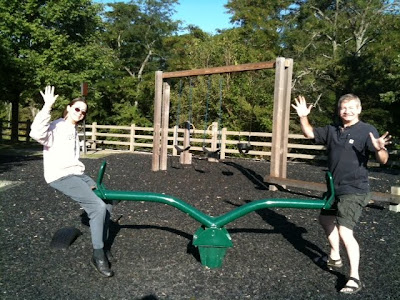 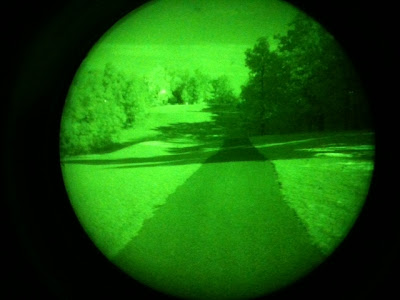 My Shirley and I haven’t been down to see Dad for years. He calls Arkansas “Heaven”, and I can see why. The temperatures are temperate, the trees deciduous and coniferous, there are cool walking sticks and lots of frogs and spiders and snakes. I like it there a lot. One of my favorite climates to live in in our fantastic country.
Dad said to bring some gun cases when we come because he wants to start giving me his guns. He’s pragmatic and has not used a bunch of them for years and doesn’t want to have people stuck with them when he dies. He was kind of sad when he offered these guns, but I’m here to help, and I brought home some good old friends.
The Rossi Squire exposed hammer SXS .410 was one of the guns I used a lot as a kid, and shot scores of quail and chuckar and pheasants with. Also the bolt action .410 that I started with and a couple of single shots. One single shot .410 I’ll cut down and make into a youth gun to help new shooters. Also a JC Higgins bolt action 30-06 made by Winchester pre-64, a beautiful Remington 12A, a pre WWII FN Auto 5 with Cutts compensator (pre-WWII determined not only by serial number, but the inside trigger guard safety placement), and some other stuff like tools and bows. I’ve already used his belt sander a handful of times for jewelry making for friends. The fact that it is twice as large as my previous bench model more than doubles its usefulness.
I got invited to a black bear and blacktail hunt in Alaska in a few weeks. It just dropped in my lap, and I have to take advantage of it. I was looking forward to taking the winter off and playing with My Shirley and me and Rad and the house and reorganizing firearms and other stuff, but I can hardly wait to go. Alaska has been a gaping hole in my hunting resume, and I have never had a dedicated black bear hunt, just tags along with hunts for other creatures.
My gun for my Alaska hunt came from my deceased uncle Bill, passed on to my uncle John, who passed it to me as a forever loan. The son of a gun won’t sell it to me. It’s an HS Precision SPL (I originally thought it was a PHL) with a half minute guarantee in 300 WSM. I would certainly be hard pressed to buy a gun like this new, but to see is to believe. It is fabulous and perfect in every way. If it shoots. I will make creatures say “Uncles” with it. On their death bed. Leupold just sent me a pre-preduction VX-6. I now almost require a 6x magnification range. If I couldn’t have gotten this VX-6 I would have opted for my sadly discontinued Burris 6X or my excellent Bushnell Elite 6500, both of which I have used to help me kill creatures. Come to think about it, maybe I’ll use one of those instead of one of my smaller magnification range Leupolds for a back up. I’ll think on it. But I guess not after all, because I’m having a CDS dial made for my Leupold VX-3 4.5-14×40 (without AO–see my archived test on maximum parallax error) which is one of the best western scopes ever made. Scopes with a 6X magnification range are so easy to get used to. Low power is more important than high. I wish more people would realize that. I have a dial with my ballistic information on the VX6 CDS dial, and I can get the scope mounted and sighted in with the load I’ll be using, the now available Federal Premium Trophy Bonded Tip 180 grainers. I have 100 rounds to start with, courtesy of ATK. I have steel Mark 4 rings that I will maybe swap for aluminums, and two piece Mark 4 bases, which I prefer over one piece bases due to the ease of loading the rifle from the top. If it was a magazine gun I may have opted for a one piece base due to the almost insignificant increase in receiver rigidity. I hope the ammo shoots okay, because I have it and I will use it unless it shoots really poorly.
The gun is coming from uncle John in Texas, chronicled in the blog posting, “ATK Outdoor Products Conference, may 2011, Remember the Alamo, and Uncle John’s Cabin.” If you read the news you’ll know about the massive Texas wildfires. John lost 175 collectors cars, including fleets of restored corvettes and mustangs, with all his tools and everything except his fairly fireproof house, thankfully. All his neighbors lost everything. God bless them in this horrible distaster.
I”m getting my gear together. BLACKHAWK! expandable pack, BogPod sticks, Muck boots (which I may replace with the new Irish Setter EKOFLEX knee highs), a Gerber Pro Scout multitool, SOG fixed blade Aura Hunter, OPMOD binoculars if they come in on time, Storm case (check the tutorial in the link showing how I like to cut foam), and lots of other products that I’ll talk about soon.
I recently was interviewed by Jim Slinsky for the Outdoor Network radio show which was fun. You can find the archives in the previous link.
We lost half a tree during our last storm, but no big damage done and now we have lots of fast burning firewood. 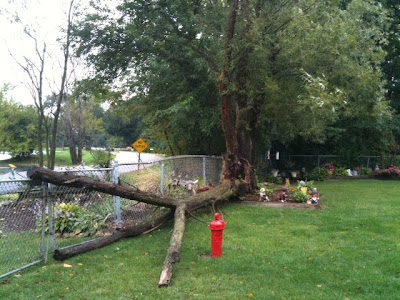 Our last batch of venison peppers showcase God’s bounty with five kinds of tomatoes reduced to sauce, mixed with our best batch of green peppers and lots of homegrown herbs. 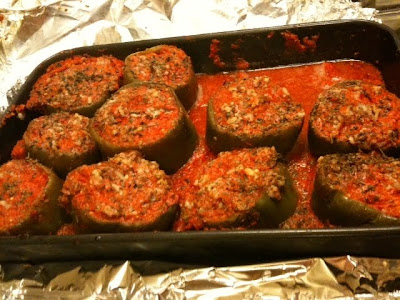 Prayers to our recently passed friend, Judy, and her loved ones. God bless. 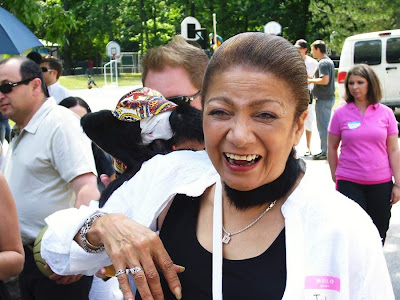