Bear Hunting with OPMOD in Alaska 2011 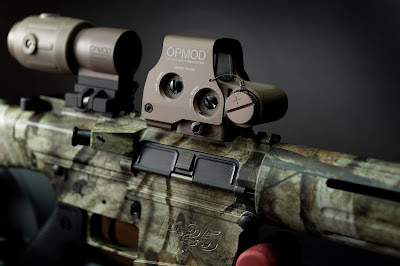 I’m leaving tomorrow for Prince of Wales Island outside Ketchican, Alaska, for a bear hunt. I can never sleep before a big event, weather it’s a new training class or a competition or a SHOT show, or especially a big hunt. That’s okay because maybe I can get some sleep on the plane, which is also hard for me to do. I’ve traveled a bunch in my life and I can do without it, mostly, but you have to go where the action is.
Yesterday I shipped out my Storm 3300 case with my gun and lots of other stuff in it that I was hard-pressed to find room for in my old Uncle Mike’s rolling duffel. Shipping cost about the same as if I had checked it on the plane, since it was overweight, and I prefer it because I don’t have to lug another giant and heavy case through the airport, let alone deal with TSA. If you have the option to ship your guns to your destination, I highly recommend doing so.

I took the new R-25 out Saturday in nice weather after giving it a deep clean. Gun was pretty good out of the box. Shot 30 rounds of 308, never letting the gun get hot. Groups of the day were in the 1.5 inch range at 100 yards with my 180 grain Nosler Partitions. That’s about as good as I can do with the limited 3x magnification of the OPMOD EOTech MPO II. I cleaned every 9 rounds. First shot from a clean bore made no difference in point of impact. The trigger sucks. I’ll deal with it later. Gun is ready to go and on its way to Alaska as we speak.

Lots of packing to do, still. Lots of gear we sell here will be used including our new OPMOD 10×42 Waterproof Binocular! I’ll save some time for cleanup and to play with my wife and my old dog. I hope he’s still around when I return.

I’ll fill you folks in the week after next! Be good!

Congratulations and God bless Annie and Pete and family! The wedding was fantastic, and a great time was had by all. I hope you are as happy and fortunate and My Shirley and I are. 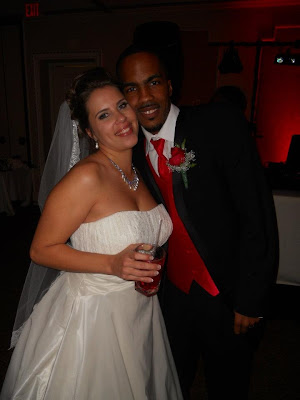